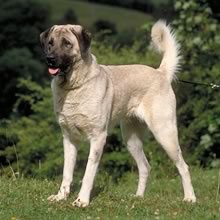 The Anatolian Shepherd requires a lot of exercise. A yard with a fence is required, as the dog will determine its own exercise needs. However, a regular daily walk is still necessary if owned as a pet. The Anatolian Shepherd will always do best when they have a job to do, such as protect their flock.